Our proud partner Hotel Travelodge located 2mn from Club Soda, is offering all our festival
goers 15% off !
*Make your reservation before September 13th, 2016
click this link and benefit from the promotion!
http://www.travelodge.com/hotels/quebec/montreal/hotel-travelodge-montreal-centre/hotel-overview?propId=TL09782&rate_code=LKPC 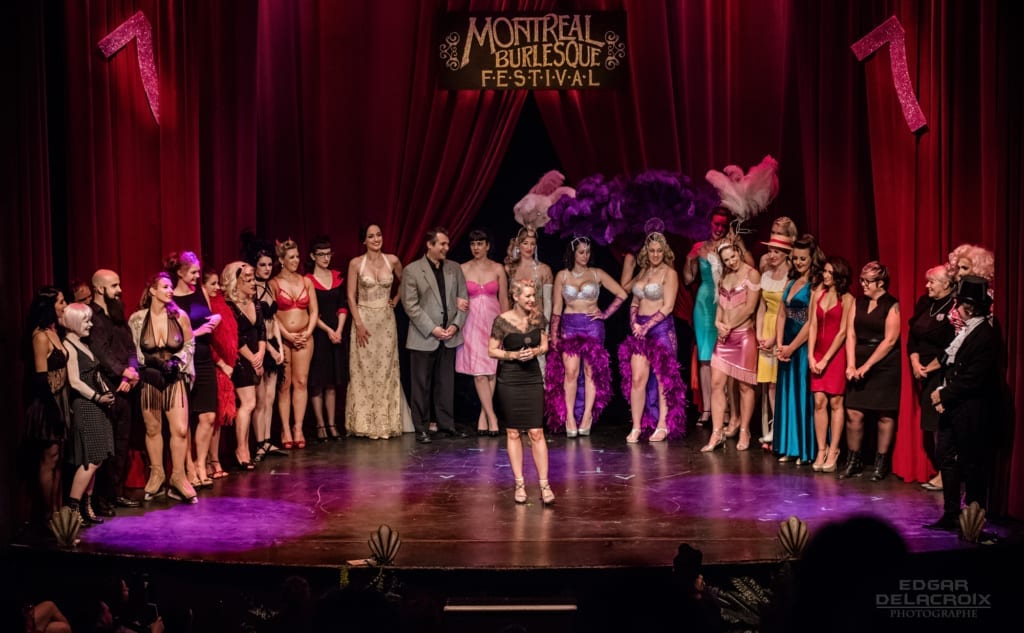 To see the full lineup, and check the performance schedule, check out our performers page HERE.

The organizers would like to say a huge thanks for all the performers who took the time to apply for this years’ festival; we wouldn’t have a Festival without you! 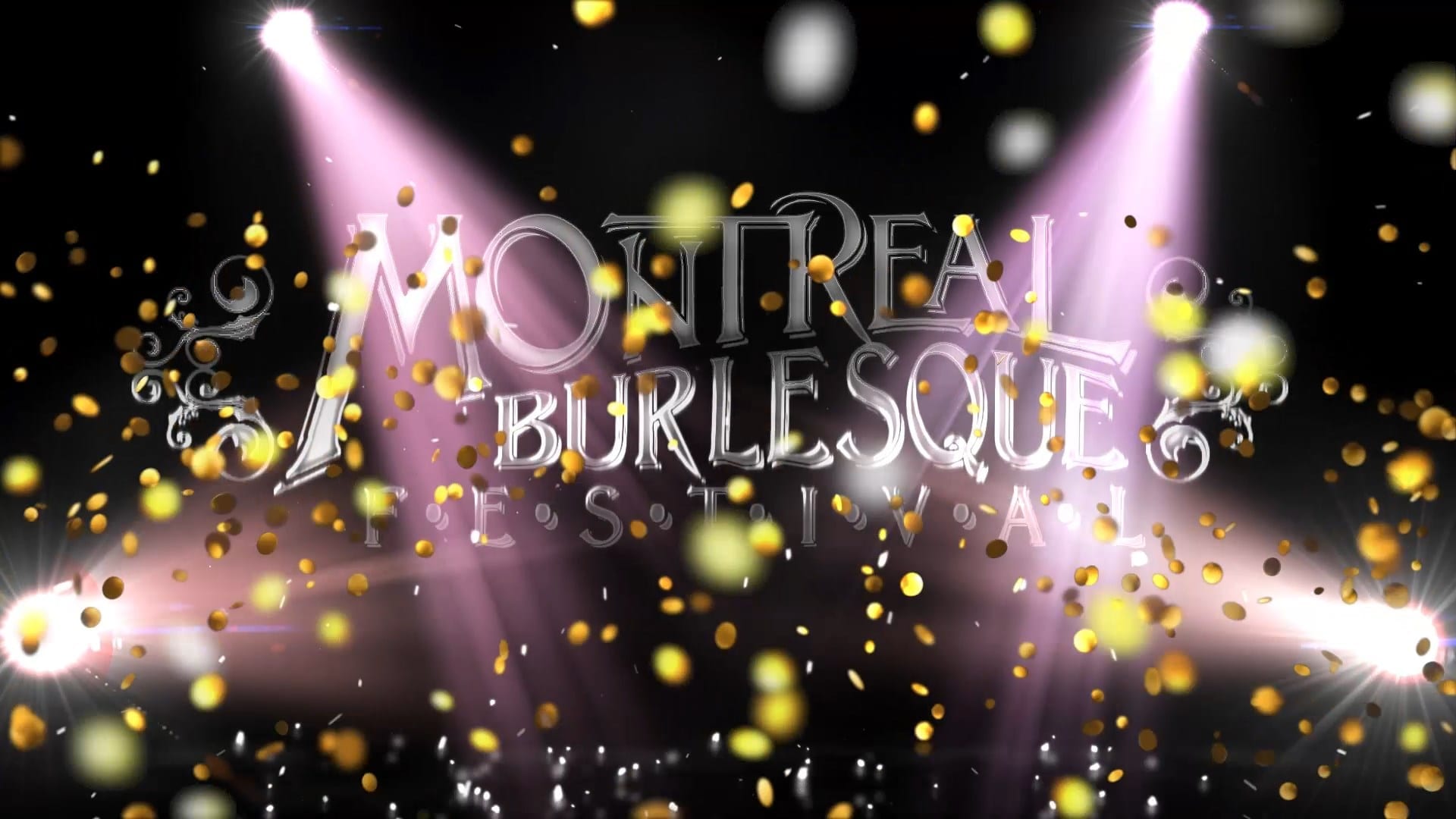 We are trying something a little different with this years’ Festival video. Instead of releasing one highlight reel, including the previous years’ footage, this time around we are releasing a series of monthly teasers showcasing the headliners for the upcoming Burlesque Festival. The theme of the first teaser is to show the fantastic costumes that you will witness during the Festival. Although burlesque is the art of the tease, the costume is where the introduction starts, and sets the tone for the performance, and there is so much work and effort that goes in to the average costume, that it is worth showing off!

As far as our first featured headliners, we have the amazing MisRed Delicious, all the way from New Zealand, and Minnie Tonka, hailing from NYC. If you want to keep up to date with our full upcoming lineup, keep checking out the performers page HERE or read our recent post highlighting the headliners full lineup HERE.

Don’t forget you can also subscribe to our newsletter to be the first to hear about the latest news and happenings (we announced this video at the beginning of the month in the most recent newsletter, for example).

Check back SOON for the next in our series of Festival teasers, and don’t forget to grab a ticket for our upcoming Montreal Burlesque Festival HERE. 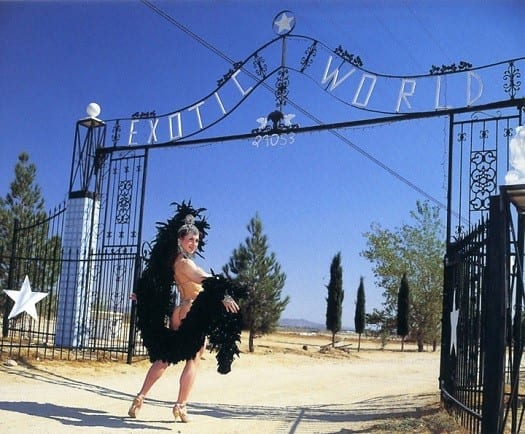 From the BHOF Indiegogo Page…

A half century in the making and just in time to mark our 10th anniversary in Las Vegas…the Burlesque Hall of Fame is ready to pull back the curtain on our NEW HOME!

The Burlesque Hall of Fame, the world’s only not-for-profit organization with a mission to preserve, celebrate and inspire the art of burlesque, is thrilled to announce that in 2016 we will take the keys to a newly renovated museum, exhibition, retail and office venue, and begin installation for a grand opening in the summer!

The build-out and preparation of our new home comes with some very real costs, and we remain a small, grassroots not-for-profit organization.

We need your help to raise at least $50,000 to open our new doors. Costs include:

Now, although the Indiegogo campaign raised an impressive $32,000, that is still short of their goal, and they incur year-round expenses to maintain and run this museum….so, now is the perfect time to donate to the cause, and keep the history of Burlesque alive for the next generations of performers and fans alike!

To find out more about the organization, you can click HERE and don’t forget, most importantly, visit their donations page and give a little (or a lot) to help them out! 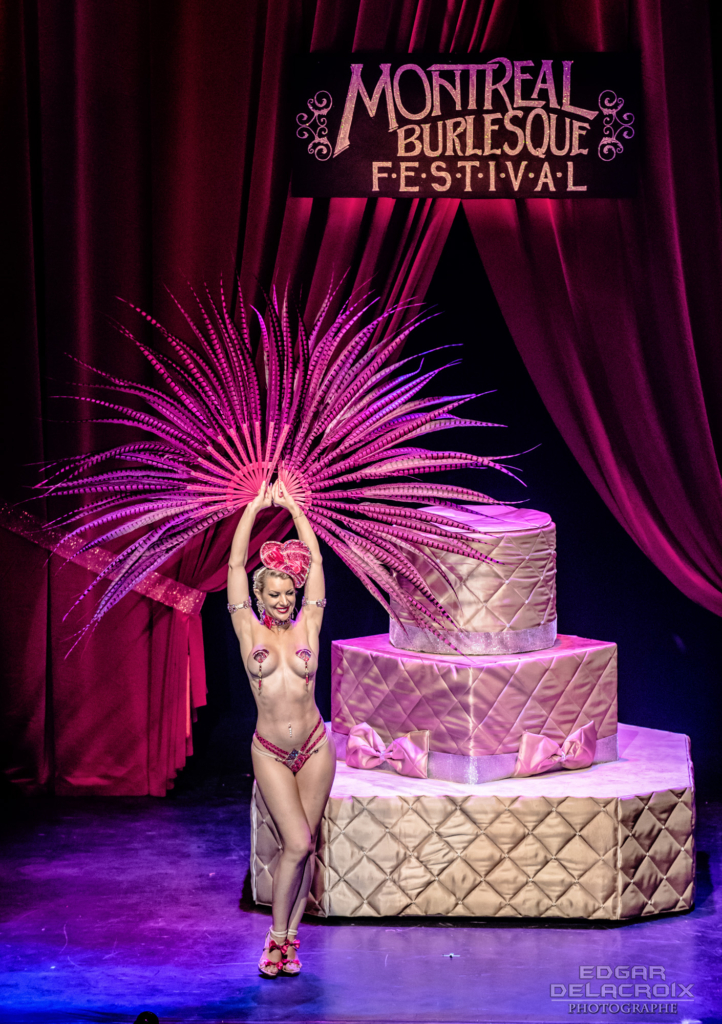 Our deadline for performers applications is almost closed! If you want to be considered for a slot in the upcoming Montreal Burlesque Festival, now in it’s 8th year, and a great platform for entertainers and performers to really shine in front of a packed audience at a prestigious, glamorous event, now is the time to send in your form!

You have just over two weeks to check out our page HERE and apply. You can see the type of performers we have featured over the years on our Gallery page HERE. Remember, you don’t have to be a Burlesque Performer….we have featured comedians, circus performers, magicians, mind readers, and much MORE….if you think you have a chance of performing, the you have nothing to lose!

Our headliners have been confirmed, and performance slots are filling up fast…this is your last chance to get your application in before the deadline.

Good Luck, and hope to see you on stage! 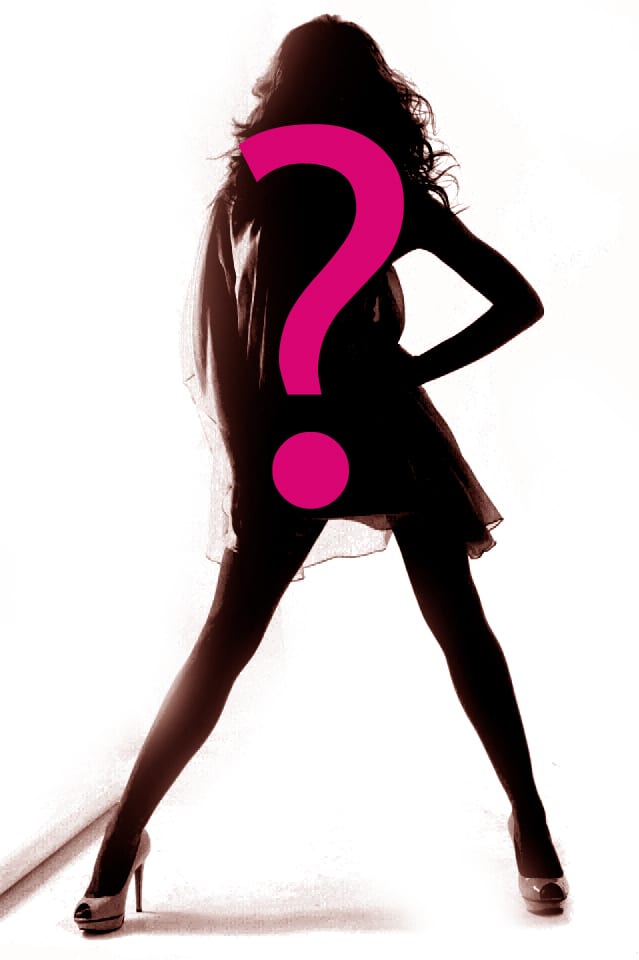 MisRed Delicious is an internationally renowned, multiple title and award winning burlesque entertainer. She is the co-producer of the NZ Burlesque Festival and mistress of Red Rascal Productions which boasts a burlesque academy, regular shows and tour support for burlesque artists. She is a passionate force in the New Zealand Burlesque scene, and is fast building an international profile having performed around the world, including throughout Europe, the USA and Australia. Her neo-classical style of seduction always is sure to tease audiences.

Described by the New York Times as “pure sexy”, Medianoche has been a staple in the New York City burlesque scene since 2008. Born and raised in southern Spain, she brings strong traces of tango and flamenco dance to her unique flavor of tease.
Medianoche was Awarded First Runner-Up at the Burlesque Hall of Fame in Las Vegas in 2014. She has also been crowned Queen of Burlesque in New Orleans, won the coveted Crystal Corset Award in the Pennsylvania Burlesque Festival, and was featured for three years running in 21st Century Burlesque‘s list of Top 50 Burlesque Performers worldwide.

Calamity Chang is one of the busiest burlesque performer AND producer based in NYC with 2 longstanding weekly shows and 2 monthly shows; and she is also the co-producer of the world’s only Asian Burlesque Spectacular show in NYC.
Her burlesque style is an unique blend of exotic and traditional. Inspired by her Chinese heritage, Calamity is known for her mesmerizing 1920’s Old Shanghai-style acts reminiscent of a nostalgic era long gone. But this “Asian Sexsation” is also known for her powerful fetish acts in which she subverts traditional fetishized roles.

Swing dancer, Acrobat, Aecret Villain “Handsome hero of the swing scene, Russell Bruner brings thrilling acrobatics and dance expertise to the hottest halls in the Nation. Both in solo routines and teamed up with his main dance partner Sugar Kane; AWOL acrobats Paulina Munoz, Jessica Hoage, and Brandy Guthery; bewitching songstress Pink Lady; and Wanderlust’s own Noah Mickens; Russell has devised a diverse repertoire of acts that stand without equal in the new Variete. In 2012, Bruner was crowned King of Burlesque, and has since engaged on a series of world tours related to his crown.

Born in Montreal, Scarlett grew up in France by the Ocean. She moved to Canada a few years ago as an ambitious artist fulfilling her business entrepreneurship as well as becoming an acclaimed performer internationally.
Scarlett is recognize as the main figure for bringing Burlesque to the mainstream audience in Canada, and being the Ambassador of Glamour for Montreal around the world.
Worldwide figure known for her lavish events and foremost for her exquisite performances, Scarlett has performed all over the world from Shanghai to Berlin, Brazil to Japan and every great cities in between.

With beautiful alluring features, and at a statuesque and very leggy 6’2″, she is one of the tallest established performers the business. Sydni’s charming performance style is an entertaining mix of wit, finesse and sophisticated musicality.

She is also ranked in the top 50 burlesque performers of 2011 THROUGH 2014 as polled by the online magazine- 21st Century Burlesque. Having performed and taught internationally and nationally in multiple festivals and shows from her hometown all the way to places such as Finland, Amsterdam and Switzerland- her talents are featured in acclaimed shows that showcase the brightest and most recognized talents in the world.

International burlesque star MINNIE TONKA hails from the Land of 10,000 Lakes – that’s Minnesota – but is based in New York City. Known as the One Woman Riot, Minnie’s theatrical, inventive, and flirtatious striptease has been dazzling audiences across the globe since 2004. Minnie is a multiple-time New York Burlesque Festival “Golden Pastie Award” Winner and has been voted one of the Top 40 International Burlesque Industry Figures every year since 2010. Ms. Tonka has Headlined the Dallas, Stockholm, Florida, Iowa, Vienna, and Helsinki Burlesque Festivals, to name a few. Minnie is a sought after burlesque performer and instructor – she has toured the world teaching burlesque and sharing her lusty hilarity with packed houses in Australia, Italy, Finland, England, Sweden, Germany, and across North America

(Above photo by Carlos Kella)

Burlesque performers, and entertainers. Now is your chance to appear in the upcoming Montreal Burlesque Festival, 2016, in Club Soda, Montreal! Share the stage with the finest names in the burly-world, and show your talents to a packed house in the fabulous Club Soda venue. We are still looking for our 3-night varied lineup, and we have decided to extend our application deadline this year by another month. So, you now have until July 29th to apply for a place in our lineup, but ACT NOW.

Places will be limited, and the sooner you apply, the more chance you have of being selected. If you aren’t sure how your act fits in to our lineup, check our previous years festival action on our photo page HERE, or have a look at our Festival videos HERE.

The best of luck to all our applicants, and we hope to see you on stage in the upcoming Montreal Burlesque Festival 2016! 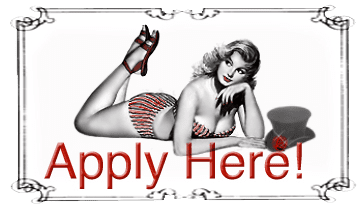 Hey there, fans, and potential artists!

As you may or may not know, our Montreal Burlesque Festival is in its 8th year now!

We have had lots of fabulous fun memories over the years, and this upcoming years festival will be no exception! This website will be the place to check out all of our exciting news for the upcoming performers lineup, theme, tickets, and much much more.

First up…where would a Festival be without it’s artists??

We recently launched our online application section for this years’ budding lineup. If you’re wondering if you should apply…then yes, you should! We aren’t just looking for Burlesque Performers…all kinds of theatrical performances are welcome to apply….

In the previous festivals we have featured musicians, magicians, high wire acts, singers, tap dancers, and much more! So, now is the perfect time to send in your application.

So, check out our online application section HERE and who knows, our next festival could feature YOU!

Stay tuned in the upcoming weeks and months as we build towards the Montreal Burlesque Festival, 2016 – October 13th-16th, in Club Soda, Montreal.

Don’t forget to sign up to our newsletter, as you will be the first to hear of exclusive news, deals, and offers that we may have as we get closer to the event! You will see the signup form on the bottom of the homepage on our website. 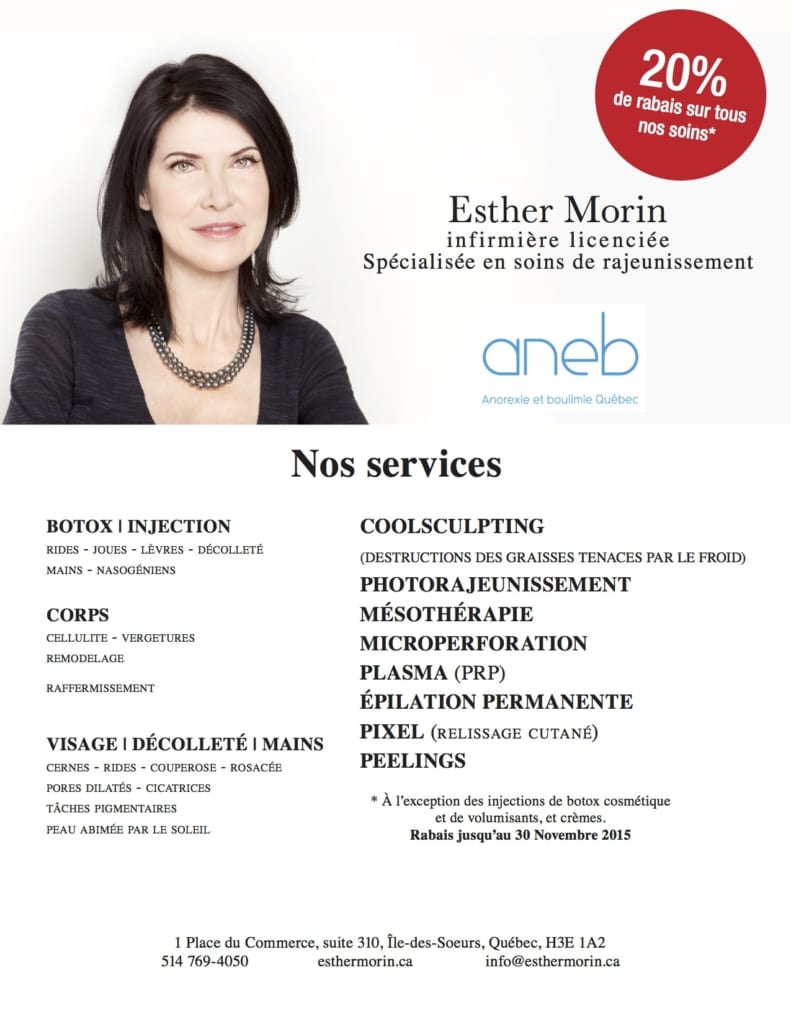 Esther Morin Medispa is a clinic that is at the very top of all recent developments in skin rejuvenation and body reshaping.