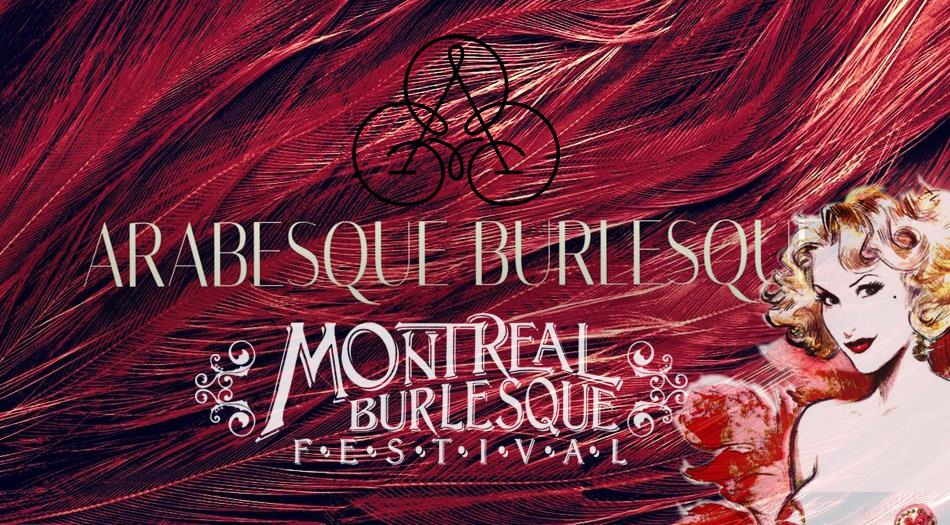 All workshops are open to the public. Ladies and Gents are welcome. You want to follow a dance class for fun and touch Burlesque dust? You are at the right place! Professionals and amateurs will mingle together to share this amazing experience with the best of the industry. It truly is an opportunity not to be missed!

ALL WORKSHOPS AT THE WIGGLE ROOM, SAT 21st OCT.

Have you always wondered why some people “have it” and some people don’t? When you see a performer that seems to not only own what they’re doing, but also the stage around them and the seat you are sitting in, do you ask what it is that they’ve got that makes them so special? Do you wonder how it’s possible that a performer can capture an audience and make you feel as if they are looking right at you? Having “it” is not a birthright; it’s a technique that can be learned. The mystery is now solved. (see registration page for full description).

A good and engaging burlesque number tells a very quick story or paints an abstract picture. Miss Martini holds a BFA in Dance and Choreography from Purchase College, one of the top 3 dance colleges in the US. In this workshop, she uses principles of modern dance choreography to create movement, define structure and use the space fully. Learn from her many years creating the neo-burlesque movement using the vocabulary of classic burlesque and performance art. (see registration page for full description).

This is where you will get the lift, firmness and roundness you want. Bootylates will work you, strengthen you, stretch you and help you get stronger. Your clothes will fit you better, you will feel better and others will notice the difference, too.
Be sure to reserve your spot early!
BOOTYLATES IS NOT JUST A WORKOUT, BUT AN EXPERIENCE FOR YOUR BODY AND FOR A FIT LIFESTYLE.
Get BOOTY TIGHT with Bootylates!

Burlesque for beginners, or those who want to go back to basics, including best angles, signature moves, and how to work both the audience and the camera, including self-confidence. 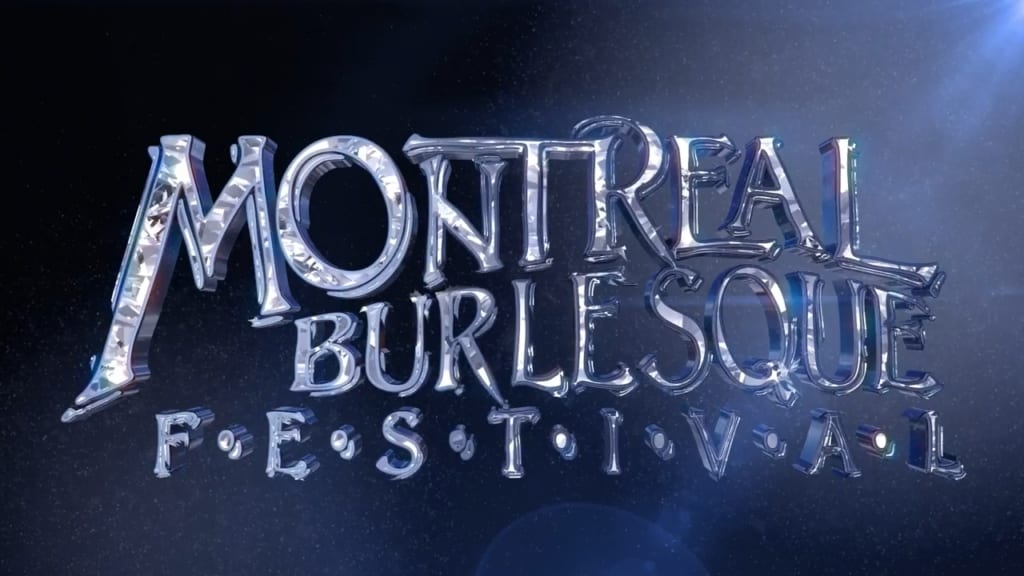 Take a look at our final headliner reveal trailer, and savor the upcoming talent that will head up our festival.

Don’t forget to grab your tickets for our festival, while they last.

Hope to see you there! 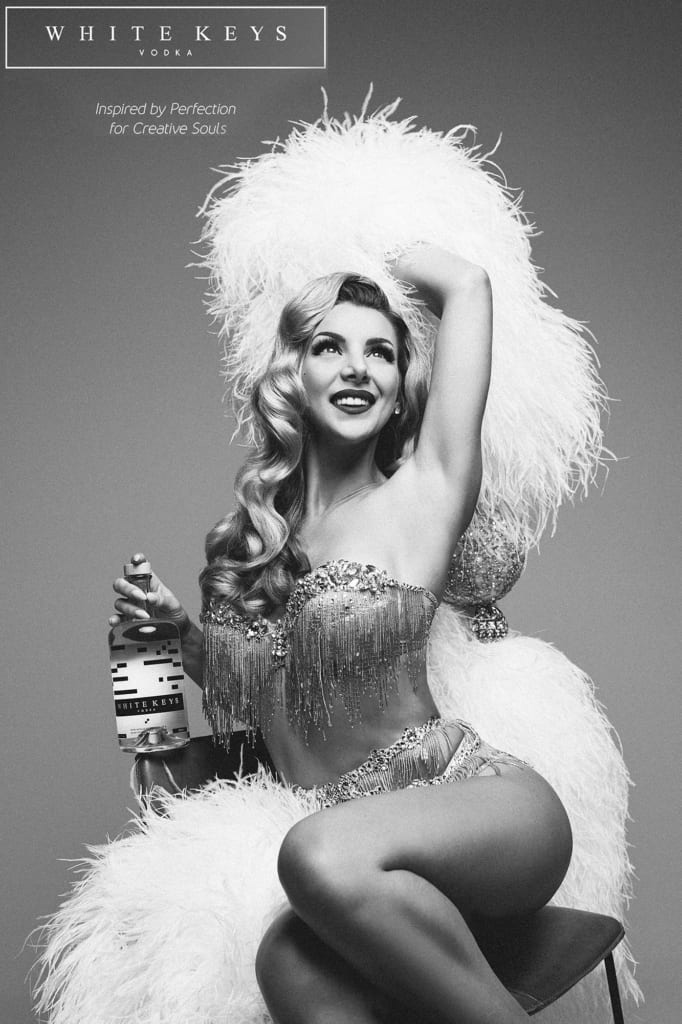 Ah! I finally got my hands on the highly coveted elixir!
The subtle flavors concocted especially for the Festival brings me so much joy, thanks to White Keys Vodka!
The fruits, the tanginess, the spices… a knowledgeable dosage and balance form our expert Maximiliano.
The “Scarlettini“? The “Dirty“? and why not try the “Sukki“? 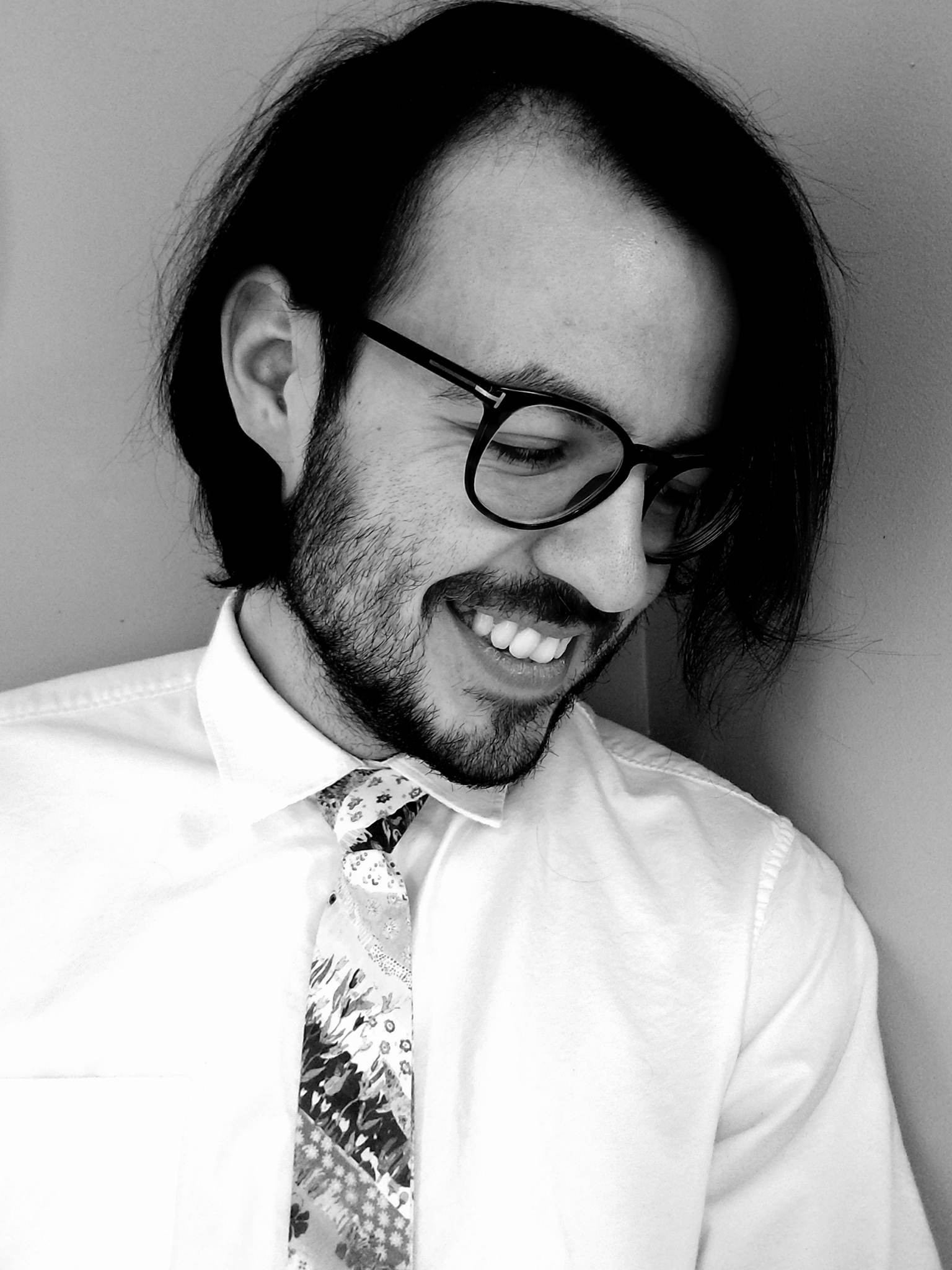 The new MC of the Montreal Burlesque Festival is none other than the atypical and fantastic ….. Monsieur Vincent !!!

Passionate about being on stage since in youngest age, Vincent aka Monsieur Vincent, will be, this year, our dashing Festival’s MC.

Born and raised on the Northern Quebec Shore, way far from Montreal, he’s always been attracted to the stage. His hidden talent? He’s singing like no one. As a child, he was composing his own tunes, a talent which strengthens with time. Get ready for an atypical/non-standard presentation.

As comfortable in Impro as in Drama, this talented comic polishes his humour both eccentric, sarcastic and versatile at the National School of Humour at Montreal. 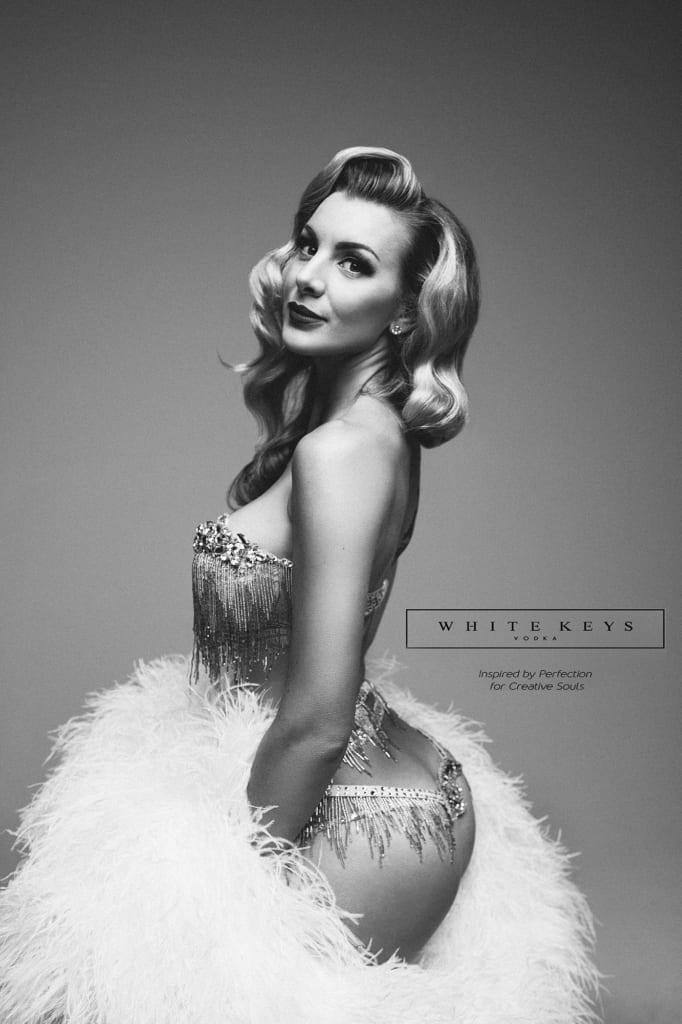 I feel so warm, under this cascade of feathers I want to be refreshed and my thirst quenched.

I have so many things to discover at the festival and I was thinking, Maybe the”Dirty” signature cocktail made for our Headliner Dirty Martini would be appropriate in this circumstance?

We can ask White Keys Vodka and our cocktail designer Maximiliano what they think? 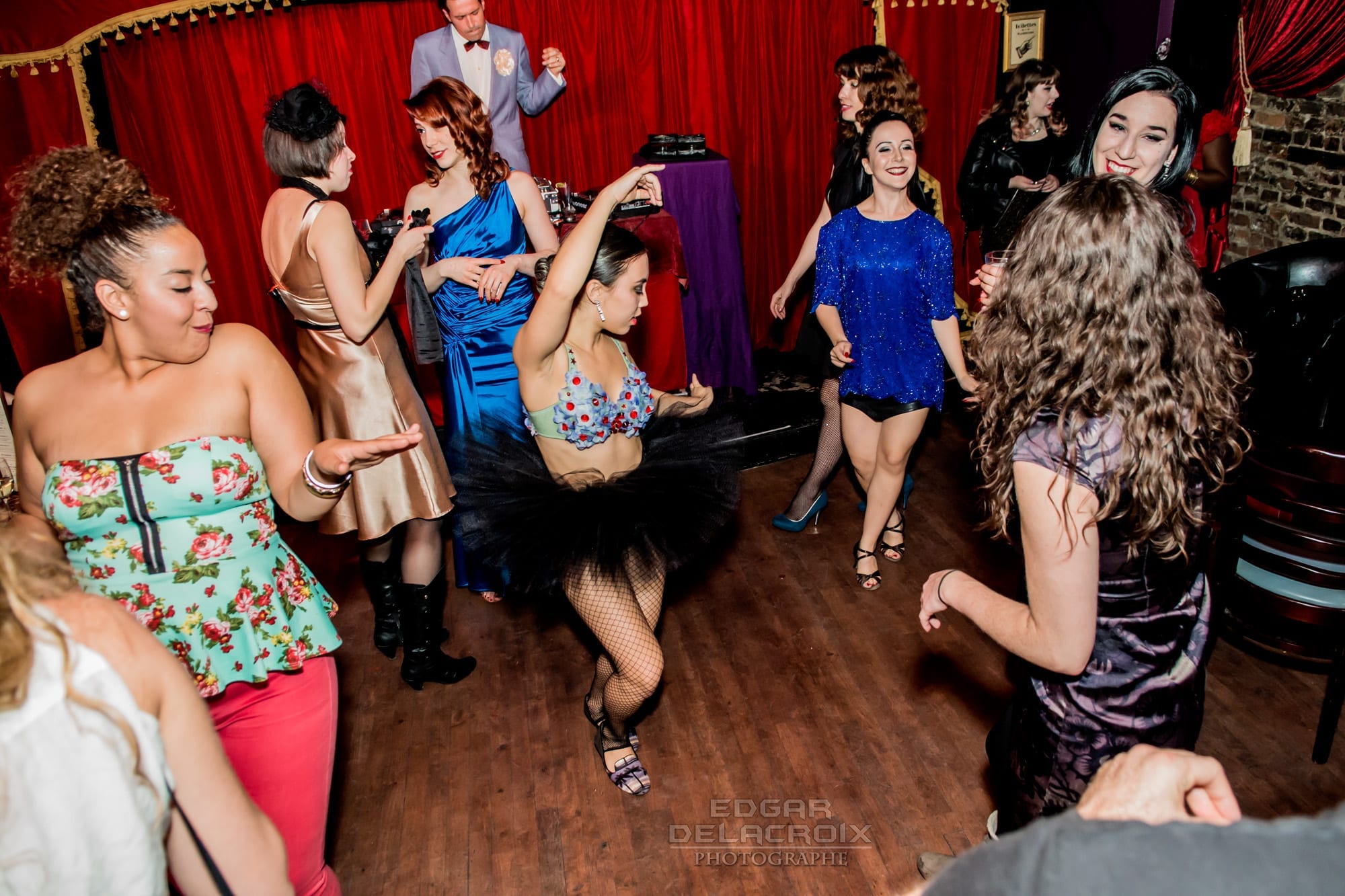 The Midway Tavern invites you to celebrate the winners of the Lili St Cyr 2017 award 2017!
Everyone is welcome!
The signature festival cocktails in collaboration with Maximiliano and White Keys Vodka will be prepared for you!
April March will be present for her book signing and you can get a picture with her!

The Wiggle Room welcomes us for a few Festival post-show cocktails!
Relax and unwind after a fantastic show.
The signature festival cocktails in collaboration with Maximiliano and White Keys Vodka will be prepared for you!

Come meet our artists at 4e Mur and enjoy our Signature White Keys cocktails, the favorite of our headliners!
The festival’s signature cocktails in collaboration with Maximiliano and White Keys Vodka will be prepared for you.
Special Performances by May Hemmer, Aria Delanoche and Lady Josephine! 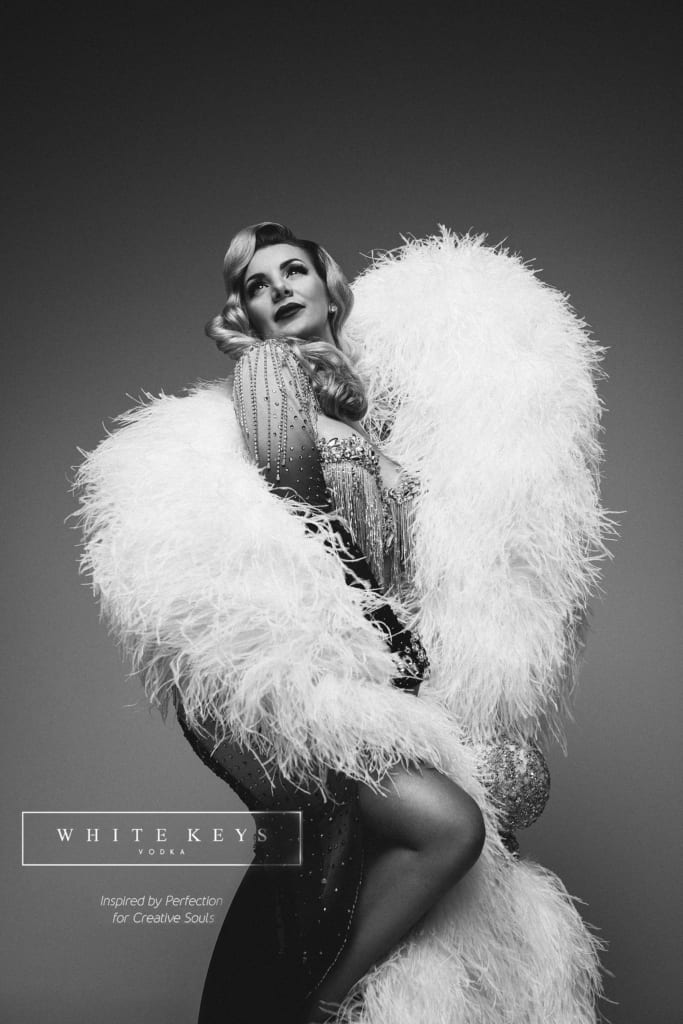 The Montreal Burlesque Festival is proud to co-host this year’s grand event with our very own Montreal made spirit White keys Vodka. Let me tell you my story!

Chapter 1:
I feel in love, embraced by desire.
Dreaming about the Fabulous Festival shows coming up in a few weeks where I will finally be able to dip my lips on a cocktail tailored to my image, thanks to the talented Maximiliano; The Scarlettini

THE place of the Montreal Burlesque Festival for years now, Club Soda has become a real and faithful member of our family.

A little history… Club Soda has always had a bond with the world of cabarets. Indeed, the building hosting this beautiful theater, was once known as the Crystal Palace and was considered a highlight of Montreal cabarets.

Today, it hosts a wide variety of shows, from burlesque to theater, to concerts. Rare are the great artists who haven’t graced its stage. We are more than grateful to be able to count Club Soda and the people who work there, among the great family of the Montreal Burlesque Festival.

We cannot wait to receive you there! 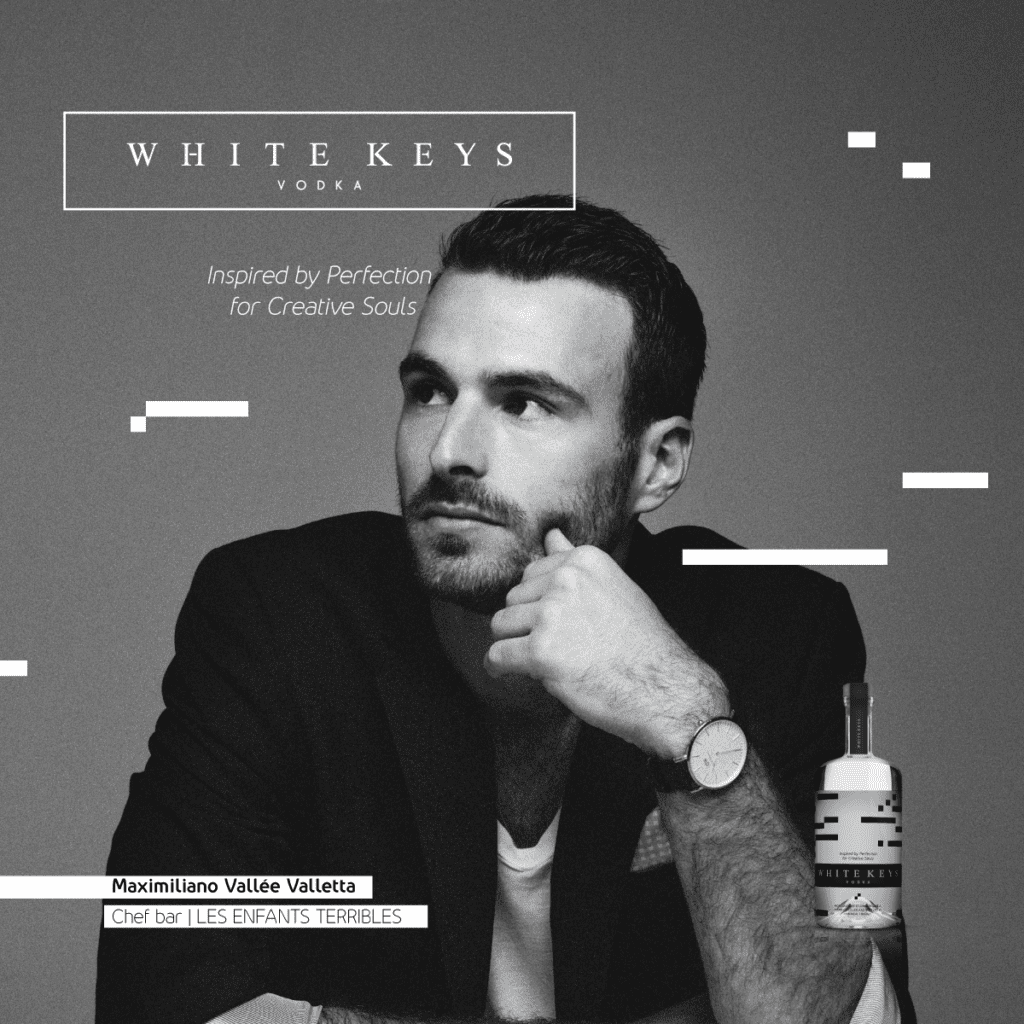 General Manager and Bar Chef of the Terrible Children, Maximiliano loves to revisit the classic cocktails. Lovers of the bar and the table, his creations are inspired by different journeys. Very active on the Montreal cocktail scene, he has won several competitions such as Made With Love and Bulles, Whiskey and Co..

We are more than lucky to have creations for the 2017 Montreal Burlesque Festival!

Lovers of good drinks, be ready!

Of course, alcohol is consumed with moderation more always with relish! 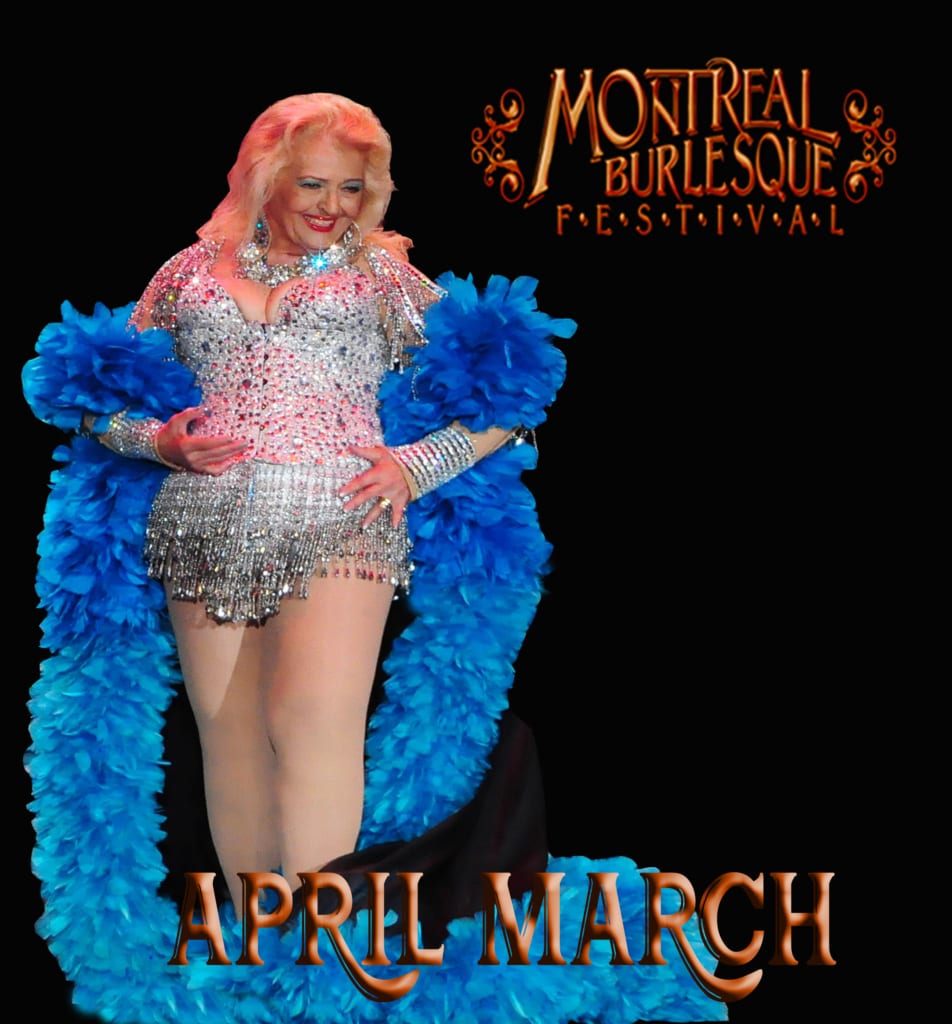 We are proud to give you a deeper look at one of the legends of Burlesque and our Headline Performer, APRIL MARCH!

Early life
April March was born Velma Fern Worden in Oklahoma City, Oklahoma. She was the only child of Clarence “Buddy” Worden and Fern Gragg. After her parents divorced her mother went through a string of marriages and alcoholism and her father was absent for most of her life. March was left to be raised by her grandparents Elmer and Ida Gragg.

March began dance, skating and acrobatic lessons at an early age and aspired to be a movie actress. At the age of ten, she was cast as an extra in an Our Gang comedy that was being filmed in Oklahoma City.

March was married to her first husband at the age of fifteen. The marriage lasted less than two years. At age seventeen, divorced and in need of money to get herself to Hollywood, she lied about her age to get a job as a cigarette girl at an Oklahoma City nightclub, The Derby Club. It was while working there that she was discovered by Barney Weinstein, a renowned Dallas club owner, who offered her a chance to be in burlesque.

Burlesque career
April March began her career in 1952 at The Theater Lounge in Dallas, TX. After meeting Barney Weinstein in Oklahoma and being offered the opportunity to work in his club, she traveled to Dallas. Weinstien had her trained as a burlesque stripper and gave her the name April March. At the same time, Weinstien and his brother, Abe, were training another burlesque legend, Candy Barr. March became an instant favorite with audiences who were intrigued by the mix of sensuality and innocence from the raven haired beauty and taken in by her warmth and charm.

By the time she was eighteen years old, April March was touring, playing clubs and theaters across the United States, Canada and Mexico. While touring the club and theater circuits, March refined her act, playing on her image of the sophisticated debutante type and became known for her elegant, well choreographed striptease that put the emphasis on teasing.

March inspired two original songs written specifically for her, “Blues for April” and “Springtime for April” which became popular numbers in her act.

Throughout her career, April March worked with other burlesque legends such as Lili St. Cyr, Blaze Starr, Rose La Rose and Ann Corio as well as famous burlesque comics such as Billy “Cheese and Crackers” Hagen, Lenny Ross and Jimmy Matthews.

While appearing at the Picadilly Club in Miami, FL., March was invited to attend a luncheon by Prince Thamur and Prince Mansour of Saudi Arabia who were accompanying their father, King Saud, on a trip to the United States. King Saud heard of March from his two sons and requested a private audience with her. This invitation led to a request by the U. S. State Department for March to secretly deliver a letter to King Saud. March agreed to deliver the letter. March was asked by King Saud to accompany him to Majorca, Spain and then back to Saudi Arabia. On the advice of the United States Government, March turned down the offer, fearing for her life.

Shortly after her meeting with the Saudi King, April March was involved in a fatal shoot out in another Miami club, The Place Pigalle. After a dispute over a bill on which he was charged for March’s drinks while she sat at his table, a drunken customer began shooting randomly through the club. When the shooting was over, a singer had been murdered, a doorman had wounded in both legs and one of the dancers had been wounded in one leg which was eventually amputated. The shooter held a gun to April March’s head and was overpowered just before pulling the trigger. True Detective magazine picked up the story, labeling March a Femme Fatale who had been the cause of the shootout.

Later in her career, March starred in two shows with the Minsky Theaters in New York City and Wildwood, New Jersey. She turned down Harold Minsky’s offer to star in his Las Vegas theater in favor of a three-month contract as the star of the Arthur Fox Review Bar in Manchester, England. March was a special guest star in Ann Corio’s off-Broadway show, This Was Burlesque and was filmed for a late night television special entitled The Secrets of April March. She also went head to head in a television interview with Dorothy Fuldheim and appeared as a guest on the Joe Franklin Show. March was also a frequent headliner on the B&E Theater Circuit, a chain of burlesque theaters across the U.S. and Canada owned and operated by Frank Bryan and Frank Engels. She appeared as the stripper in the 1961 Jim Henson short film, Time Piece, which may be the only existing footage of her performing.

At various points in her career, April March received offers to appear on Broadway in the legitimate theater and was twice offered contracts with Columbia and United Artists studios. She turned down each offer in favor of her burlesque career. March also turned an offer to pose in Playboy Magazine, for a fee in excess of ten thousand dollars, citing the fact that she would never appear fully nude in public.

To see her, and all our amazing performers, grab your tickets HERE:
http://clubsoda.ca/fr/calendrier.php?mois=10&annee=2017